Netball is a sport loved by many, it can be played by girls and boys of all ages. Starting a new sport for the first time can seem daunting. This article will outline the basics of the game so that you can feel confident enough to join in the fun.

Introduction: Netball is a sport that is played by two teams of seven players. It’s played with a round ball, that is similar size to a soccer ball. The objective of the game is for players to pass the ball to teammates, trying to keep it away from the other team, then shoot the ball through a goal ring at either end of the court to score points.

Playing area: Netball is played on a rectangular court that is divided into three sections, with a goal post at each end.
Rules: The basic
rules of netball require players to pass the ball to another teammate
within 3 seconds of catching the ball. Players cannot run with or bounce
the ball prior to passing. The opposing team are allowed to try catch
or intercept the ball but a player cannot make physical contact with the
other team during game play. The position a player is assigned will
also limit the playing area they can access when on court. 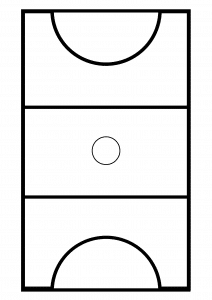 Scoring: 1 point is awarded each time the ball is thrown, by a team’s goal shooter or goal attack through the team’s goal ring.

Positions: 7 players from each team can take the court at one time. Players wear a ‘bib’ or ‘patch’ displaying their position. Each position has various roles within the team;

Goal Shooter (GS): They are one of two players on a netball team allowed to shoot and score points. Role is to score goals. Only allowed in the attacking goal third, including the shooting circle.

Goal Attack (GA): They are one of two players on a netball team allowed to shoot and score points. Role is to support GS as well as score goals. Allowed in both the centre third and attacking goal third including the shooting circle.

Wing Attack (WA): Role is to assist GA and getting the ball into the team’s shooting circle. Allowed in both the centre third and the goal third in the direction their team is shooting, however they are not allowed in the shooting circle.

Centre (C): Role is to help get the ball where it’s needed, by supporting both the attack & defense team members. Allowed in all three thirds of the netball court except for the shooting circles at either end of the court.

Wing Defense (WD): Role is to assist the GD, and prevent the ball making it to the opposition goal circle. Allowed in the centre and defensive thirds, however they are not allowed in the shooting circle.

Goal Defense (GD): Role is to assist GK and prevent opposition scoring a goal. Allowed in both the centre third and their defensive third, including the shooting circle.

Goal Keeper (GK): Role is to prevent opposition scoring a goal. Only allowed in their defensive goal third, including the shooting circle.

Timing: The maximum game time is 60 minutes which is broken into 4 quarters, allowing for a short break between each quarter. Actual game time will can vary based on age, ability, or location, i.e. younger age groups often have modified games and/or shorter quarters.

Age: Netball is available to all ages. In Australia, children from 5 years can join, starting in Net Set Go – an introduction to Netball program. But if starting later, many associations throughout Australia, provide programs supporting all age and skill levels, and onto elite pathways. Interest in walking netball continues to grow, providing a modified version of netball designed for senior women and men, allowing participation regardless of fitness or age!

Where to join: We are fortunate in Australia to have many clubs and associations running netball programs. Netball Australia have information to assist with finding the right option for you.

We at Netball Diaries are passionate about everything netball, and hope this article has helped you to feel confident enough to join in the fun! 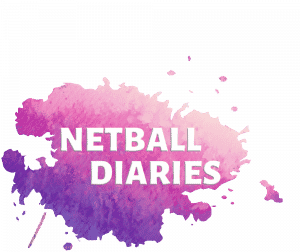